Spawn hits issue ! Plus twitter questions and more! Coy's back from the desert! Let's get weird! Today on Heroes the panel breaks down all the reactions to the special screening of Joker that was held last week in Los Angeles.

They also discuss the newest Joker trailer that was released and give their thoughts on the kind of movie it is teasing. They also discuss Andy Muschietti confirming that a Flash movie will be his next movie and speculate if this one will get made and if Ezra Miller will be in it.

They also discuss the breaking news about Watchmen getting a premiere date with a clock on social media. Collider Heroes hosts Coy Jandreau and Amy Dallen welcome Collider Heroes Producer John Rocha to talk about the biggest news in the converging universes of comic books and comic book movies. They discuss Joker marketing, rating, and hype. Plus so. Today on Heroes the panel breaks down all the big Disney Plus and Marvel news that broke over D23 and talk all the film goodness that broke as well. They talk What If…?

They also give their unfiltered thoughts on the Spider-Man situation going on between Sony and Disney.


What does it Spider-Mean?! Today on Heroes reports have come out that Chad Stahelski will be stepping in to work on the actions scenes for the reshoots of Birds of Prey. The panel debates if this is an encouraging sign or a troubling sign for the movie. The panel debates the plausibility of this approach and more.

Collider Heroes hosts Coy Jandreau and Amy Dallen welcome host and pundit Roxy Striar to talk about the biggest news in the converging universes of comic books and comic book movies. Subscribe to Collider? Today on Giant-Size Heroes 15 Heroes Extended : Coy and Amy disagree with the looks of the skrulls and box art and dive into their take on each. They discuss the future of the Arrowverse as arrow comes to a close with an intense and apparently complicated conclusion.

Today on Heroes Lord and Miller recently revealed more details about how the universe of their upcoming Spider-Verse TV series is going to work.

They also spoke about how they are looking to collaborate with other directors, producer and creators on this project. Collider Heroes hosts Coy Jandreau and Amy Dallen welcome comic book writer and creator Marc Andreyko to talk about the biggest news in the converging universes of comic books and comic book movies. Wild Guessing Time! Today on Heroes the Arrowverse is blowing up with the news that for the first time onscreen legendary Batman VO artist Kevin Conroy will be appearing as the Caped Crusader in the Crossover on Infinite Earths event.

Jack and Ben reveal to host Coy Jandreau how they worked with the creators to bring about the world of the show and develop the relationship between Alfred and Thomas Wayne. Jack and Ben discuss who they based their interpretations of these comic book characters on and the work they did as actors to capture the essence of these iconic characters. They also preview what we might be seeing as viewers of the show and fans of these characters as the season progresses.

The Boys and Pennyworth both debut! They dive into the pilots of both The Boys and Pennyworth. They discuss the 5 Billion Marvel has made so far in And SO much more! The Joker in Venice! Ryan Reynolds Reveals Deadpool in Phase 5? Collider Heroes hosts Coy Jandreau and Amy Dallen welcome host and pundit Andrew Ghai to talk about the biggest news in the converging universes of comic books and comic book movies.

Darick Robertson, co-creator, designer and illustrator of The Boys, stops by Collider Heroes to talk about his experiences creating the gritty, R-rated comic book series and what it was like adapting it into a TV series for Amazon. He talks about working with Amazon, getting the great actors they got for the show, and what people should expect from this faithful adaptation of this brutal and gritty TV series. Join Coy Jandreau and Amy Dallen for this fun, engaging interview with one of the most accomplished creators and writers from the world of comic books today.

Plus we trade stories from the Con, talk about the results of this year's Eisner Awards, and of course go over our comic picks of the week! Today on Heroes San Diego Comic Con is in the books and so much superhero goodness happened in the world of comic book, TV shows and films. The Marvel panel in Hall H on Saturday tore the roof off the place.

This week, Coy and Amy talk all about the panels, trailers, footage and first looks they saw during their time in San Diego and give you their thoughts on it all. Plus they have the recommendations for your comic book pull list this week.

Paper Girls Coming to Amazon. They talk all of the news leading up to San Diego Comic Con 50! To the Comics Themselves! 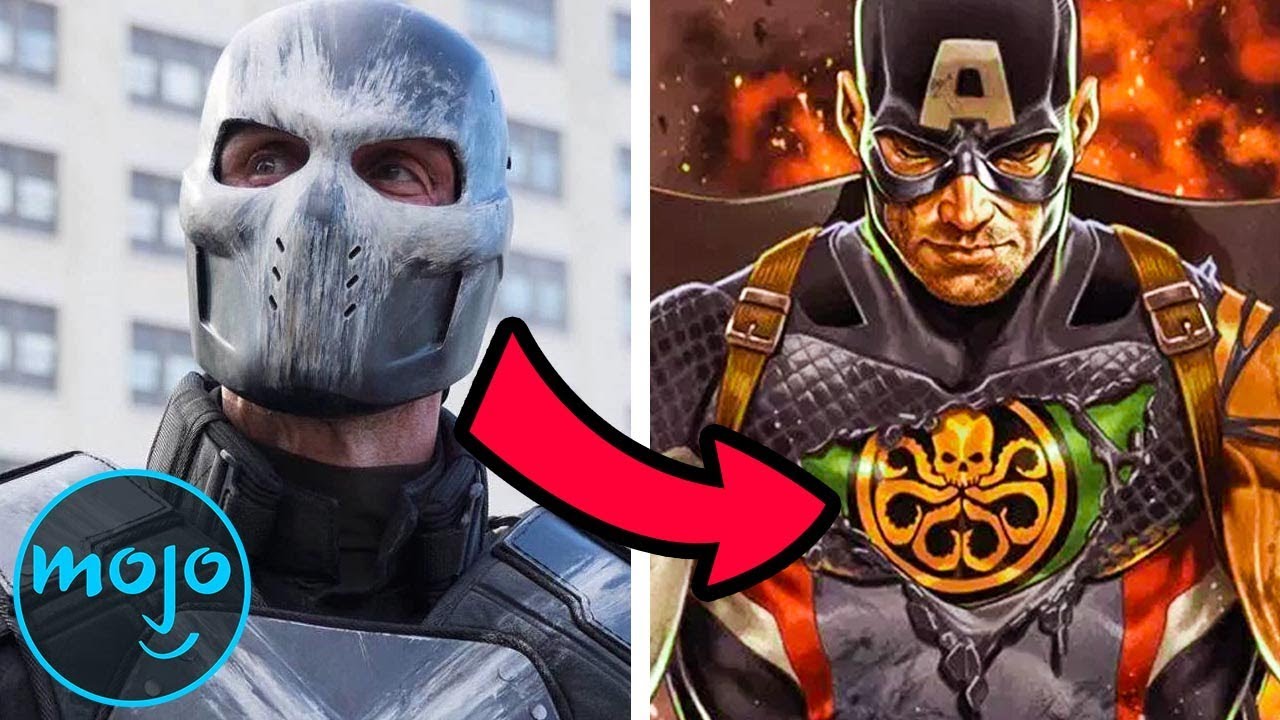 The panel discusses what the reasons might for its incredibly quick rise to earning almost a billion dollars. Collider Heroes host Coy Jandreau welcomes host and pundit Roxy Striar and Fat Man on Batman cohost Marc Bernandin to talk about the biggest news in the converging universes of comic books and comic book movies. The panel also dives into comic book films adaptations NOT adapting comics, as Joker looks to be completely original.

We also discuss what studios are missing out on this opportunity and how it might hurt the promotion of their films. Collider Heroes hosts Coy Jandreau welcomes Collider Heroes producer John Rocha and DC Daily host and pundit Hector Navarro to talk about the biggest news in the converging universes of comic books and comic book movies. He stopped by the Collider Heroes set to talk about his experiences shooting the sequel and what he feels about a couple of storyline moments that were teased about his character for future installments in the franchise.

Tony also talks about his love of comic books, geek stuff and has some very funny stories about his time in the industry. He also talks about a couple of other notable projects in his career. Netflix also announced that they will be working with Neil Gaiman and David S. The panel discusses their excitement and fear about the project.

Each move by the opponent may contain threats or be a blunder, but a player cannot defend against threats or take advantage of blunders if he does not first ask himself: What is my opponent planning after each move? After he loses, invariably he wins the next game.

He just kills the next guy. Do your own thinking independently. If you have no center, your opponent has a freer position. If you do have a center, then you really have something to worry about! It has all the beauty of art and much more. It cannot be commercialized.

If Chess is an art, it is too exacting to be seen as one. Second: Circumspection Third: Caution Give me a difficult positional game, I will play it. He plays no roles. Use it! After a bad middle game, there is hope for the endgame. In the second game I had a headache. In the third game it was an attack of rheumatism. And in the fifth game? Well, must one have to win every game? Mar 27, 2. Mar 27, 3. Mar 29, 4. Mar 30, 5. I enjoyed reading through them. Thanks for sharing.