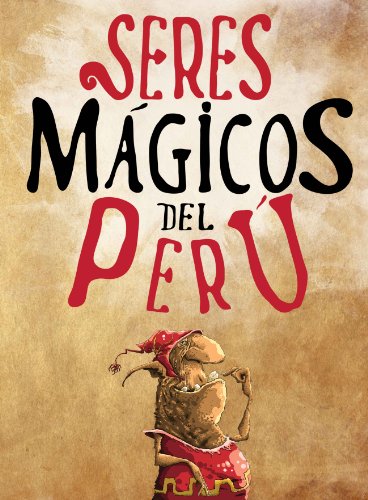 
For example, in the jungle we have what are called shamans.

We also have them in the highlands, but they are really common in the jungle. They are basically… natural doctors… that heal. But they also do a very ceremonialhealing process in which they sing a song in their native dialect. Theydress up in very traditional clothing and also use natural plants for the healing process. So everything is completely natural.

Everything is based on plants and different scents that they use to heal you. There is also this tradition, that I have actually done, in which people believe in plants having a supernatural power in which they can read your future. So when I went to Couzco, I went to this small little town in which there was a woman who claimed she could read the future through Coca leaves. She would literally throw them around sing in Quechua which is the natural dialect of the Incas.

And would read your future. Informant: Yeah, she said that a big change was coming.

And it was going to change me a lot and for the better and that I was not going to want to come back. I was going to leave to a place and not come back. And I was going to be really happy and find my passion. I never mentioned that I was moving to a new country. She said it all herself. The whole ceremony occurred in this small room. She had little stands and images of the virgin Mary, as well as a lot of coca leaves and a lot of traditional plants from the highlands. Everything was in Quechua.

It was a very traditional. Informant: I mean, I do believe that it may have some supernatural power. Coca leaves, especially in the highlands, coca leaves are just the most valuable thing in the world.

Back in the day, when the Incas had to work in the highlands, they would eat coca leaves because they have high caloric power and would give them energy. It is also really good in tea. It helps with altitude sickness too. Everything in Peru, coca leaves. The way she was so passionate about all the different Peruvian cultures and traditions and could not seem to say enough about any of them was a different experience compared to some of the other people I spoke to. I felt as though her predications were similar to horoscopes in that they were overgeneralized. It would be impossible not to find something relatable in that description.

That being said though, 3 years later and the informant is still looking back on what the psychic told her and comparing how similar her life is to the prediction.

There is clearly still a huge respect for and abidance by tradition and ritual in Peru. I gather this is because of its rich history. The connection to the land definitely comes from previous cultures, as well as the dependance that the people have on the land.

This tale was told to Marisol by one of her nannies. While he was bathing, he saw a beautiful white woman with blonde hair down to her ankles. She was nude and standing on the other side of the lake form where she was beckoning him with her hand in a very flirtatious way. The man could not hold back for long and so, ensnared by her beauty, he crossed the river and went towards her.

Many days went by and the man was not seen back in the town; then, Huaman was found at another town completely blind and incoherent. It was during a healing, that Huaman was able to tell them about his meeting with the blonde woman of the lake, the mamahuarmi. After the healing his mind was restored, but his sight was not, and he died many years later from old age. The mamahuarmi is a very popular creature from Peruvian folklore. Unfortunately, there is not much study devoted to Peruvian myths and folktales; however, the mamahuarmi can be found in the recently released encyclopedia of Peruvian magical creatures titled, Seres Magicos del Peru compiled by Javier Zapata Innocenzi.

A story similar to the one Marisol heard can be read in Relatos Magicos del Peru. This house situated in Downtown Lima, Peru is the most famous haunted structure in the entire country. It is famous throughout, you can ask anyone in Lima, and they will all know of it whether they believe in paranormal phenomena or not.

The house was first brought to my attention when I moved to Peru by one of my maids, she told me all about it and then my mother confirmed the stories circulated, but said they were all made up. During her last visit, I had her recount a couple of versions of the story of the Matusita which she knew there are dozens : At the turn of the twentieth century, there lived in the house a cruel man with two servants cook and butler. During dinner with friends, the servants decided to get their revenge and poison their master and his friends with hallucinogenic substances.

They served the tampered dinner and locked the door of the dining room. They waited until the noises ceased and then when they opened the door, they saw that the diners were torn to pieces, there was blood spread everywhere. The servants felt terribly guilty and took their lives right there. This version is said to explain the loud voices, conversation and laughter followed by blood curling cries and sepulchral silence that neighbors and passerbyers have attributed to the house.

It is said that if they get close to the house or look in, they will go mad at the sights of gore and debauchery inside.

This version shows the rift between the master and his servants which can be extended to the sentiments that the indigenous and African workers feel towards their European and later on Asian masters. This tension is found to this very day since in Peru there is a very strong, but passive racist undercurrent that is perpetuated from generation to generation and never confronted. The race of the master is left unsaid in some versions of the story like this one it is implied he was white ; however , there are also versions that connect this version to version b which I also discuss. 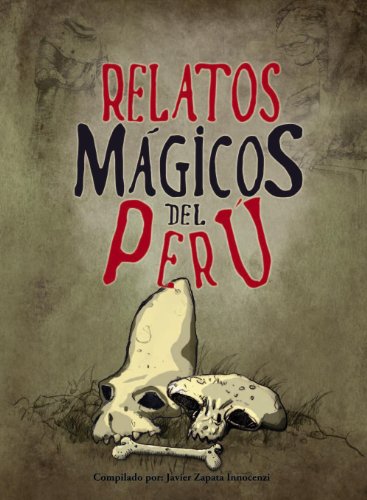 In those versions, the master is Asian and a descendent of the Chinese family who lived in the house in the 19th century. During the 19th century, the house was inhabited by a migrant Chinese sometimes Japanese family. The father worked very hard and came back late at night every day. He went there and fount his wife in bed with a lover, irate, he grabbed a knife and hacked them both up into pieces.

After that, he committed suicide.

While property records show that a Chinese family did indeed live in the house during the early 19th century, there is no proof that the above events transpired. These immigrants were brought to Lima under false pretenses of wealth and opportunity when in reality, they were brought to collect guano since there was a dearth of cheap labor in Lima the remaining Africans who were brought over as slaves were too few and the indigenous population had fled to the Andes to avoid being enslaved.

These Chinese immigrants suffered horrendously and died by the thousands; however, there was a good number who survived the Guano age and established themselves in the city. In spite of their work which had brought an immense level of prosperity for Lima, these migrants were viewed with distrust by the Peruvians of European descent and were actively discriminated against. This version of the story is a vestige of that sentiment.

The American embassy used to be situated in a building directly in front of the Matusita house, and it is said that the legends were all invented and fostered by the American mission so as to prevent people from entering the Matusita house and using it as a site to launch terrorist attacks on the embassy itself during the late 80s unrest due to the communist Sendero Luminoso. In the late s, Argentinian comedian, Humberto Vilchez Vera made a bet on his television show that he would stay in the house for seven days without incident.

However, on the the fourth day, neighbors called police because of the horrible screams that could be heard inside the house. The police and ambulances arrived and took Vera away who was still screaming, speaking in tongues and acting erratically. He was also frothing at the mouth.